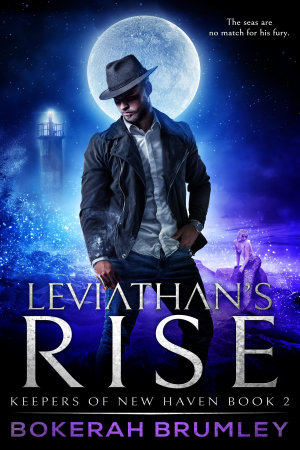 The seas are no match for his fury. Trapped in his human form for one hundred and sixty years, Lev has let the world pass him by. He can’t remember what happened to his family, but he mourns for them anyway. Someday he will remember. Someday he will find out what happened to his son. But he fears he will never answer the call of the sea again. Lev might be stuck as a human until the end of his days. Then a beautiful woman who reminds him of his long lost wife appears on the doorstep to the church, bearing a clue about his missing son. Lev’s boy might still be alive, and this woman Mara could help find him. All his inertia vanishes, and he feels like a young whale again. A whale in love, despite how little he knows about Mara or her past. Mara’s fins are stolen, bound by malevolent magic. The sea calls for her, but she only has human legs. She is a slave, manipulated into drawing Lev out of his self-imposed house arrest. If she doesn’t complete her task, her beloved sister will die. Mara just has to spring the trap, and then her sister will be free. But once she meets Lev, she cannot stop the feelings the kind old shifter stirs inside her. Will Lev uncover Mara’s secrets? Will Mara find the strength to shatter her bonds and regain her fins? Will either of them ever return to the sea? All the quirky and fantastical characters from Woe for A Faerie return in the second book in the Keepers of New Haven series. Find out what happens to them in Bokerah Brumley’s imaginative sequel that takes readers under the sea and beyond. Lev swears to drain the seven seas to find his family again. Mara will lie to save hers. Can either one of them succeed, or will their love drown in the darkness of the ocean? Read Leviathan’s Rise today to find out!