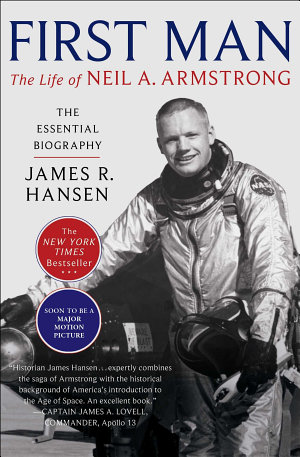 Marking the forty-fifth anniversary of Apollo 11’s moon landing, First Man by James Hansen offers the only authorized glimpse into the life of America’s most famous astronaut, Neil Armstrong—the man whose “one small step” changed history. “The Eagle has landed.” When Apollo 11 touched down on the moon’s surface in 1969, the first man on the moon became a legend. In First Man, Hansen explores the life of Neil Armstrong. Based on over fifty hours of interviews with the intensely private Armstrong, who also gave Hansen exclusive access to private documents and family sources, this “magnificent panorama of the second half of the American twentieth century” (Publishers Weekly, starred review) is an unparalleled biography of an American icon. Upon his return to earth, Armstrong was honored and celebrated for his monumental achievement. He was also—as James R. Hansen reveals in this fascinating and important biography—misunderstood. Armstrong’s accomplishments as engineer, test pilot, and astronaut have long been a matter of record, but Hansen’s unprecedented access to private documents and unpublished sources and his interviews with more than 125 subjects (including more than fifty hours with Armstrong himself) yield this first in-depth analysis of an elusive American celebrity still renowned the world over. In a riveting narrative filled with revelations, Hansen vividly recreates Armstrong’s career in flying, from his seventy-eight combat missions as a naval aviator flying over North Korea to his formative transatmospheric flights in the rocket-powered X-15 to his piloting Gemini VIII to the first-ever docking in space. These milestones made it seem, as Armstrong’s mother Viola memorably put it, “as if from the very moment he was born—farther back still—that our son was somehow destined for the Apollo 11 mission.” For a pilot who cared more about flying to the Moon than he did about walking on it, Hansen asserts, Armstrong’s storied vocation exacted a dear personal toll, paid in kind by his wife and children. For the forty-five years since the Moon landing, rumors have swirled around Armstrong concerning his dreams of space travel, his religious beliefs, and his private life. In a penetrating exploration of American hero worship, Hansen addresses the complex legacy of the First Man, as an astronaut and as an individual. In First Man, the personal, technological, epic, and iconic blend to form the portrait of a great but reluctant hero who will forever be known as history’s most famous space traveler. 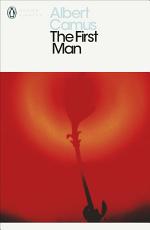 Authors: Albert Camus
Categories: Fiction
The unfinished manuscript of The First Man was discovered in the wreckage of car accident in which Camus died in 1960. Although it was not published for over thirty years, it was an instant bestseller when it finally appeared in 1994. The 'first man' is Jacques Cormery, whose poverty-stricken childhood

Authors: Albert Camus
Categories: Comics & Graphic Novels
A visually arresting adaptation of Albert Camus’s masterful biographical novel that offers a new graphic interpretation for the next generation of readers. This new illustrated of Camus’s final novel tells the story of Jacques Cormery, a boy who lived a life much like Camus’s own. This stunning, fully illustrated edition 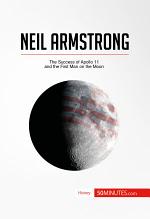 Authors: 50 minutes
Categories: Biography & Autobiography
Keen to learn but short on time? Get to grips with the life of Neil Armstrong in next to no time with this concise guide. 50Minutes.com provides a clear and engaging analysis of Neil Armstrong. “One small step for man, one giant leap for mankind” – it was with these 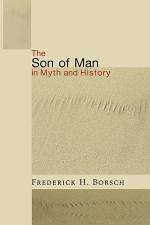 The Son of Man in Myth and History

Authors: Frederick Houk Borsch
Categories: Religion
""Borsch has not answered all the questions, of course. Who can? But his view of the Man tradition makes more sense to me than, for example, Perrin's rather cavalier dismissal of the evidence, and it not only enlightens but also enlivens the discussion. As against the extreme skeptics, Borsch is