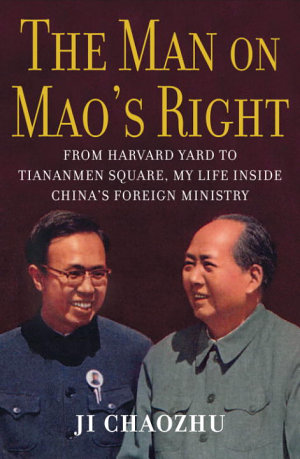 No other narrative from within the corridors of power has offered as frank and intimate an account of the making of the modern Chinese nation as Ji Chaozhu’s The Man on Mao’s Right. Having served Chairman Mao Zedong and the Communist leadership for two decades, and having become a key figure in China’s foreign policy, Ji now provides an honest, detailed account of the personalities and events that shaped today’s People’s Republic. The youngest son of a prosperous government official, nine-year-old Ji and his family fled Japanese invaders in the late 1930s, escaping to America. Warmly received by his new country, Ji returned its embrace as he came of age in New York’s East Village and then attended Harvard University. But in 1950, after years of enjoying a life of relative ease while his countrymen suffered through war and civil strife, Ji felt driven by patriotism to volunteer to serve China in its conflict with his adoptive country in the Korean War. Ji’s mastery of the English language and American culture launched his improbable career, eventually winning him the role of English interpreter for China’s two top leaders: Premier Zhou Enlai and Party Chairman Mao Zedong. With a unique blend of Chinese insight and American candor, Ji paints insightful portraits of the architects of modern China: the urbane, practical, and avuncular Zhou, the conscience of the People’s Republic; and the messianic, charismatic Mao, student of China’s ancient past–his country’s stern father figure. In Ji’s memoir, he is an eyewitness to modern Chinese history, including the Great Leap Forward, the Cultural Revolution, the Nixon summit, and numerous momentous events in Tiananmen Square. As he becomes caught up in political squabbles among radical factions, Ji’s past and charges against him of “incorrect” thinking subject him to scrutiny and suspicion. He is repeatedly sent to a collective farm to be “reeducated” by the peasants. After the Mao years, Ji moves on to hold top diplomatic posts in the United States and the United Kingdom and then serves as under secretary-general of the United Nations. Today, he says, “The Chinese know America better than the Americans know China. The risk is that we misperceive each other.” This highly accessible insider’s chronicle of a struggling people within a developing powerhouse nation is also Ji Chaozhu’s dramatic personal story, certain to fascinate and enlighten Western readers. A riveting biography and unique historical record, The Man on Mao’s Right recounts the heartfelt struggle of a man who loved two powerful nations that were at odds with each other. Ji Chaozhu played an important role in paving the way for what is destined to be known as the Chinese Century. Praise for The Man on Mao’s Right "Brave, beautifully written testimony . A true "fly-on-the-wall" account of the momentous changes in Chinese society and international relations over the last century." --Kirkus Reviews “It is a relief to read an account by an urbane and often witty insider who neither idolizes nor demonizes China's top leaders . . . . Highly recommended." —Library Journal, starred review 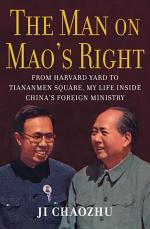 The Man on Mao's Right

Authors: Ji Chaozhu
Categories: Biography & Autobiography
No other narrative from within the corridors of power has offered as frank and intimate an account of the making of the modern Chinese nation as Ji Chaozhu’s The Man on Mao’s Right. Having served Chairman Mao Zedong and the Communist leadership for two decades, and having become a key 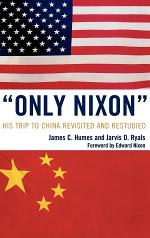 Authors: James C. Humes, Jarvis D. Ryals
Categories: Political Science
This book shares the observations made in 1998 by Chinese Foreign Service experts, who had planned meetings of President Nixon with Mao Tse-tung and Chou En-lai, during interviews by the authors and Edward Nixon, the President's brother. 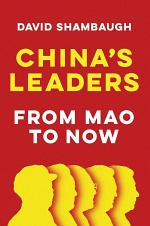 Authors: David Shambaugh
Categories: Political Science
Since the founding of the People’s Republic of China over 70 years ago, five paramount leaders have shaped the fates and fortunes of the nation and the ruling Chinese Communist Party: Mao Zedong, Deng Xiaoping, Jiang Zemin, Hu Jintao, and Xi Jinping. Under their leaderships, China has undergone an extraordinary 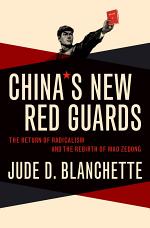 Authors: Jude Blanchette
Categories: Political Science
Ever since Deng Xiaoping effectively de-radicalized China in the 1980s, there have been many debates about which path China would follow. Would it democratize? Would it embrace capitalism? Would the Communist Party's rule be able to withstand the adoption and spread of the Internet? One debate that did not occur 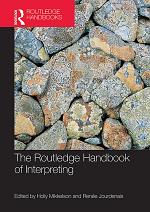 The Routledge Handbook of Interpreting

Authors: Holly Mikkelson, Renée Jourdenais
Categories: Language Arts & Disciplines
The Routledge Handbook of Interpreting provides a comprehensive survey of the field of interpreting for a global readership. The handbook includes an introduction and four sections with thirty one chapters by leading international contributors. The four sections cover: The history and evolution of the field The core areas of interpreting