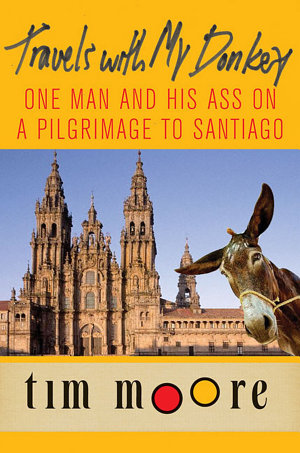 "'A donkey?' blurted my family as one. For a moment it didn't seem they'd ever be able to list all the reasons that made this so entertainingly ludicrous. . . .Yes, I'd never ridden a donkey on a beach or petted one at a city farm, never even pinned a cardboard tail to one's throat after the cake and ice cream....A donkey would be my hairy-coated hair shirt, making my pilgrimage to Santiago de Compostela a truer test of the will, a trial." With these words, having no knowledge of Spanish and even less about the care and feeding of donkeys, Tim Moore, Britain's indefatigable traveling Everyman, sets out on a pilgrimage to the cathedral at Santiago de Compostela with a donkey named Shinto as his companion. Armed only with the Codex Calixtinus, a twelfth-century handbook to the route, and expert advice on donkey management from Robert Louis Stevenson, Moore and his four-legged companion travel the ancient five-hundred-mile route from St. Jean Pied-de-Port, on the French side of the Pyrenees, to the cathedral at Santiago de Compostela, which houses the remains of Spain's patron saint, St. James. Over sun-scorched highways, precipitous bridges, dirt paths shaded by leafy trees, and vineyards occasionally lashed by downpours, Moore and Shinto pass through some of the oldest towns and cities in northern Spain in colorful company, both past and present. Pilgrims real and imagined have traveled this route throughout the ages, a diverse cast of wayfarers spanning Charlemagne, St. Francis of Assisi, Chaucer's Wife of Bath, and New Age diva, Shirley MacLaine. Moore's present-day companions are no less florid or poignant. Clearly more interested in Shinto than in Moore, their fellow walkers are an assortment of devout Christian pilgrims, New Age spirituality seekers, travelers grieving over a lost love affair, Baby Boomers contemplating the advent of middle age, and John Q. Public just out for a cheap, boozy sun-drenched outdoor holiday. As Moore pushes, pulls, wheedles, cajoles, and threatens Shinto across Spain toward the crypt of St. James in a quest to find the spiritual pilgrim within, the duo overnights in the bedrooms, dormitories, and---for Shinto---adjacent grassy fields of northern Spain's hostels, inns, convents, seminaries, and farmhouses. Shinto, a donkey with a finely honed talent for relieving himself at the most inopportune moments, has better luck in the search for his next meal than Moore does in finding his inner St. Francis. Undaunted, however, Man and Beast finally arrive at the cathedral and a successful end to their journey. For readers who delighted in his earlier books, Travels with My Donkey is the next hilarious chapter in the travels of Tim Moore, a book that keeps the bones of St. James rattling till this day. 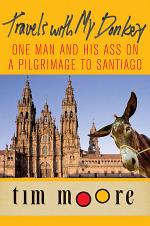 Travels with My Donkey

Authors: Tim Moore
Categories: Travel
"'A donkey?' blurted my family as one. For a moment it didn't seem they'd ever be able to list all the reasons that made this so entertainingly ludicrous. . . .Yes, I'd never ridden a donkey on a beach or petted one at a city farm, never even pinned a
Language: en
Pages:

Travels with My Donkey Proof

Travels with My Donkey Header 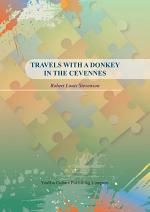 TRAVELS WITH A DONKEY IN THE CEVENNES

Authors: Robert Louis Stevenson
Categories: Cévennes Mountains (France)
IN a little place called Le Monastier, in a pleasant highland valley fifteen miles from Le Puy, I spent about a month of fine days. Monastier is notable for the making of lace, for drunkenness, for freedom of language, and for unparalleled political dissension. There are adherents of each of 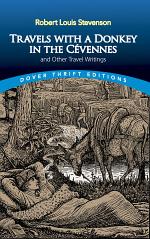 Travels with a Donkey in the Cévennes

Authors: Robert Louis Stevenson
Categories: Travel
Includes "An Inland Voyage," chronicling a canoe journey from Belgium to France; the title piece, a humorous account of a mountain trek; and "Forest Notes," a meditation on the French countryside.